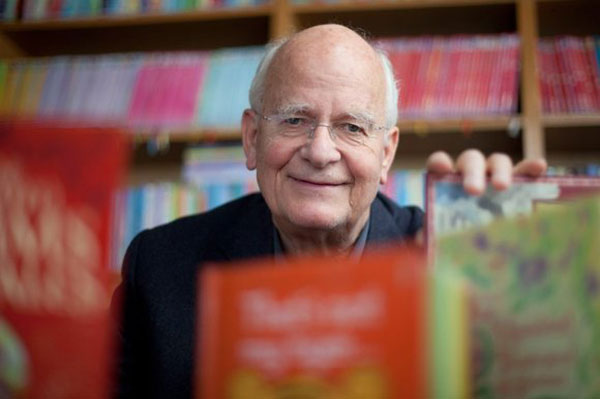 The London Book Fair is pleased to announce that the twelfth annual Lifetime Achievement Award in International Publishing will be awarded to Peter Usborne, Founder and Managing Director of Usborne Publishing.

Peter Usborne set up Usborne Publishing in 1973 and has made it one of the most successful children’s publishers in the world. With over 50 years of publishing experience, his contribution to the publishing world has been both broad and influential. He began his illustrious career in London, when Peter, as a trainee advertising executive, started Private Eye in his lunch hour. He moved to BPC Publishing in 1968 where he rose from Chairman’s Assistant to Publishing Director, before launching Usborne in 1972.

At Usborne Peter pioneered a new generation of entertaining, colourful and friendly non-fiction books for children. Usborne has published over 6,000 titles, with more than 2.600 of those currently in print, now including books for children of all ages from babies to young adults. Usborne publishes in six languages – English, French, Italian, Dutch, Brazilian Portuguese and German – with a seventh imprint, Usborne Korea, to launch later in 2015.

Peter is not only a key figure in the sphere of children’s publishing; he has also made huge personal commitments to the cause of improving children’s literacy worldwide. He is a patron for READ International, a charity that delivers quality books to schools in Tanzania, and has also set up the Usborne Foundation with his children, Nicola and Martin, to support initiatives to develop early literacy. In 2011, Peter was awarded an MBE for “services to the publishing industry”.

Peter Usborne said: “I’m thrilled and astonished about this award, particularly since this is I believe the first time it’s been given to a children’s publisher. Not surprisingly, I find this an appropriate reflection of the extraordinary growth of the children’s book industry, both in quality and importance, in the 40 years since I came into it. Being a children’s book publisher is enormous fun, endlessly interesting, extremely, though not unpleasantly, competitive, and a wholly satisfying extension of the outrageous privilege of becoming a parent.

“Though this award is being given to me, it should really be awarded to my amazing staff, on whom I have been completely dependent all my life, and most of whom, I am very glad to say, stay and stay and stay with us. Children’s books have given me a life that I don’t think could have been bettered. Thanks to everyone who’s helped us along the way.”

Dick Robinson, CEO, Scholastic Inc., said: “Peter Usborne has succeeded in building the Usborne brand into one with global recognition, known everywhere for clarity and accuracy of text and pictures. He has discovered and expanded new areas of the children’s book market, such as early childhood, flap books, sticker books, and entertaining, colourful non-fiction, and is now making successful inroads into novelty books and traditional fiction. He has also pioneered selling children’s books at home parties in the UK, US and Canada. And he has recruited and kept a very strong staff who focus consistently on quality and perfection. He has been an enormously successful business leader, has elevated the craft of publishing for children and achieved significant growth and profitability for Usborne. In all these ways, he deserves to be Publisher of the Year this year and for each year since he founded Usborne Publishing more than 40 years ago.”

Hilary Murray-Hill, CEO, Hachette Children’s Group, said: “There can be few people in children’s publishing more richly deserving of this recognition. Peter has pursued his own path and created an international business, and demonstrably trusted brand, founded on books of superlative and uniform design and production quality and editorial imagination. His personal and passionate commitment to fairness and the development of literacy, allied to a fundamental belief in the wide-ranging tastes and visual sense of children, has underpinned a long career. Peter is a loyal and principled man of outstanding commercial ability who has never lost his personal enthusiasm for publishing fantastic books for children. He has made a unique contribution to the industry and I am absolutely delighted that he has been recognised with this award.”

David Roche, Non-Executive Chair, The London Book Fair, said: “Peter Usborne is a one-off. He has long been a leading figure in children’s publishing. As founder of Usborne he has created a much-loved brand which has introduced the joys of reading to millions of children worldwide. His pioneering methods have created a fantastic children’s publisher which continues to grow and grow. We are proud to be awarding to him The London Book Fair Lifetime Achievement Award for 2015.”

The International Lifetime Achievement Award recognises an individual who has made a truly significant mark in the sphere of global publishing. It is open to publishers, agents, editors, scouts and anyone else involved in international publishing from any country in the world. Last year the award was presented to Deborah Rogers of Rogers, Coleridge & White. Previous recipients include:

The Lifetime Achievement Award in International Publishing will be presented at the International Excellence Awards, an invitation-only event on Tuesday 14 April 2015, 6.30pm in The Conference Centre, Olympia, London.