This is the cover of the book, Middle Hill Child, written by dear friend and author Arpad Paddy Bacskai, about the shattering events he experienced as a child in Eastern Europe during and after World War II. The cover picture is of Paddy. 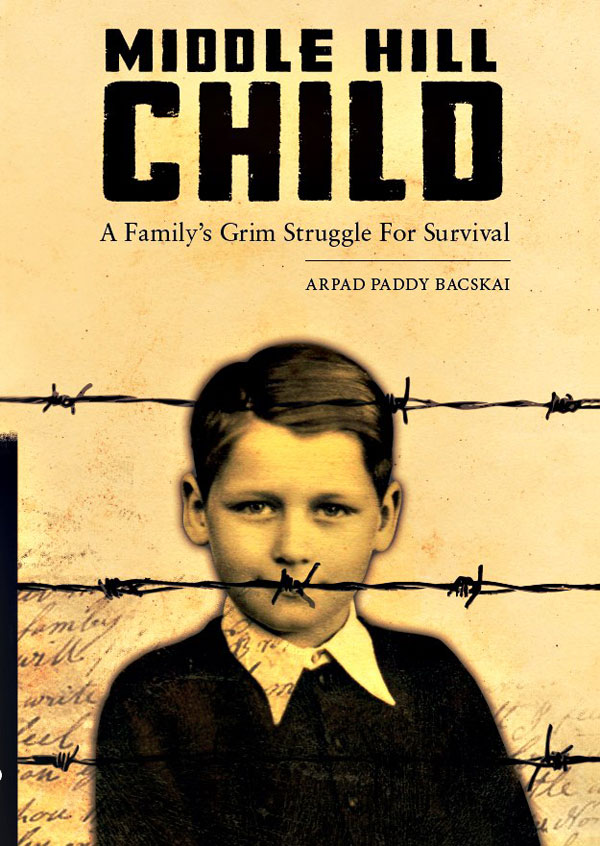 Paddy was the progeny of a turbulent family caught up in the events of WWII, as Germany and its allies conquered, subjugated, then lost Eastern Europe to communist Russia, which began that cycle yet again. Paddy was a precocious child, regularly caught in bombings and ground action as he moved amongst the participants and the innocent, who were trying to survive. He was abandoned during a particularly grim situation. He was a child escapee, and a refugee. He was an internee of the German Works Camp program, and classified a Displaced Person (IDP) at conflict’s end. Drafted by the UNO, with the small remnants of his immediate family, a newly born sister included, and when deemed fit, he and the family were transported to far off Australia; all before he turned ten!

Paddy’s story, told with the humor and courage that have characterized his life, including a military career (SAS) with combat in various theaters of war, is inspirational. In our time of cynicism, his story will ring true to those who have a sense of hope and optimism. In an earlier time, Paddy’s story would have proved inspirational, even to the likes of Rudyard Kipling, and might even have inspired Kipling’s poem, IF.

thank you to the contribution of David Mayo