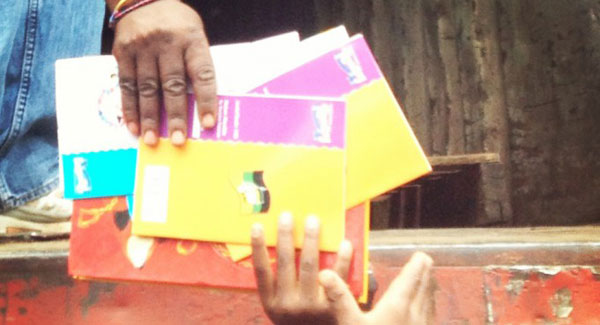 Children in schools around Gauteng will be able to share the rich story of former President Nelson Mandela, thanks to a book drive by the provincial Education Department.

Launched on Friday by the department, in partnership with Lead SA, the book drive aims to get South Africans to donate books about Madiba as part of activities planned for Mandela Day.

Speaking at the launch of the 2014 Gauteng Department of Education Mandela Day Activities, MEC Panyaza Lesufi said the importance of education could not be overstated.

“The history of this country must be told and be made available in all the schools. We have taken a decision that in every library, there should be a book about Madiba,” he said.

The donated books will be delivered to school libraries around Gauteng. The initiative is aimed at encouraging learners to read and to know the history of the country’s democracy, heroes and heroines of the struggle for freedom.

Bizos called on members of the public to make a difference in education by donating books.

“Everyone should make a difference in education. Let’s make it for the sake of our children and the country,” he said.

He told learners to arm themselves by studying, a sentiment shared by Kathrada.

“Our country needs educated people. Our country does not have to import skills,” he said.

Kathrada encouraged learners to read and take their studies seriously. He shared a story about their days in prison with Madiba and how they were determined to get educated.

“In those days, if you wanted to study, you had to have money to pay for your studies. But despite not having money, that did not stop us from getting education.

“Inmates who were illiterate were able to read and write,” he said, adding that today doors are open for one to get an education.

July 18 is celebrated as Mandela Day annually. On this day, the country and the international community remember Mandela’s achievements in working towards conflict resolution, democracy, human rights, peace and reconciliation.

Nelson Mandela Day not only celebrates Nelson Mandela’s life, but it is also a global call to action for people to donate their time to help others. – SAnews.gov.za