You are here: Home / History / England’s Ethnic Cleansing Of The Jews 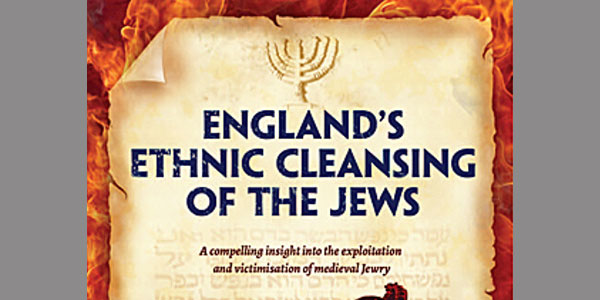 William Duke of Normandy conquers England in 1066. Jews follow him, arriving as traders. They have financial expertise and money-lending capabilities that are much needed in the medieval economy. A few have become among the wealthiest in the land.

England’s Ethnic Cleansing Of The Jews By Leonie Star

Yet medieval Jews have a unique status; they are owned by the King. This ultimately proves their downfall as they are consistently and savagely taxed.  After two 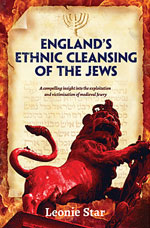 hundred years, anti-Jewish feeling — bolstered from Rome – is growing in intensity. The pious and prejudiced Edward I has passed a law forbidding Jewish money-lending. Italian financiers operating in England now provide him with money at interest. The value of his Jews is rapidly diminishing.  It is All Saints’ Day, 1 November 1290, and by royal edict every single one of England’s Jews must leave the country or be put to death. From all over England families of Jews, carrying little more than essential religious items, walk south to begin their exile from the Isles of the Sea.

This is the first permanent ethnic cleansing of a Jewish population from a whole country in the history of Europe.  England’s Ethnic Cleansing of the Jews is a telling exploration of the treatment of Jews in medieval England. Anglo-Jewry rises to a peak of prosperity by 1200 then falls into the abyss one hundred years later. Its ethnic cleansing sets an iniquitous precedent in Europe. It has a malevolent influence that grows over time, culminating with horrific effect in the 20th century.